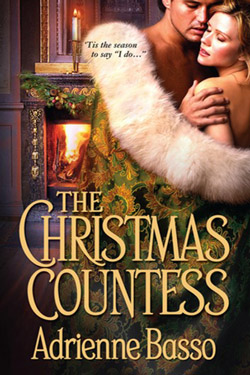 Six years ago, Rebecca Tremaine, the daughter of a vicar, became pregnant by her fiancé. When he died unexpectedly, Rebecca was heartbroken and disgraced. The child was stillborn--or so Rebecca believed. Now, she's both shocked and jubilant to discover that her relatives arranged for her baby girl, Lily, to be given to a distant family connection--Cameron Sinclair, Earl of Hampton. The widowed earl reluctantly agrees to let Rebecca visit Lily over Christmas at his home in Kent, where she finds that the little girl, while a darling, is alarmingly spoiled. . .and the handsome, confident earl is attractive beyond measure. . .

Graceful, tender-hearted, and completely captivating, Rebecca fills Cameron Sinclair's home with warmth and light. There's no denying that her concern for Lily's behavior is well-founded. Just as he knows there's also no denying the ache he feels at the thought of her departure. After his wife's death three years ago, Cameron was adamant that he could never love another woman. But as the holiday season draws to a close, he can only hope that it is not too late to admit the joy of being proven thoroughly, delightfully wrong. . . 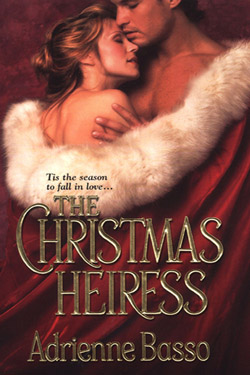 The coach jerked forward and he saw Miss Tremaine frantically clutch at the seat to keep her balance. Cameron tapped on the roof twice to indicate to his driver that he wished a more sedate pace and the carriage immediately slowed.

The question remained between them, unanswered. Cameron opened his mouth to repeat it, but Miss Tremaine began to speak.

"The waiting has been intolerable. I tried, truly, but could delay no longer. I had to meet her, to see her, to speak with her."

"To tell her who you are?" he accused.

"'Tis the truth." Miss Tremaine stifled a sigh. "I cannot be held responsible if you refuse to believe me."

"But you can be held accountable for your actions."

Cameron jammed his gloved fingers through his hair. He was losing control and he knew it. He needed to get his temper in check. Fast. A shouting match with Miss Tremaine would hardly solve anything.

"I did nothing wrong," she insisted. "I stand behind my behavior, my lord."

His gaze rested on her hands, clutched tightly about her reticule. "I believe I made myself perfectly clear to you last night. Your actions this morning are proof that you are a false and untrustworthy woman, someone I want my child to avoid. I would be well within my rights to deny you access to Lily. Forever."

Her breath hitched in alarm and she seemed to be struggling with her emotions. "I refuse to believe that anyone could be so cruel."

"You have no earthly idea what I am capable of, Miss Tremaine."

Her back stiffened. Good. Cameron was glad to have made an impact, please to have made his point. But he wondered what she was thinking. Did she believe he would make good on is threat? More important, did he believe it himself? Could he indeed be so harsh as to deny this woman, Lily's mother, any contact with her child?

A weighty pause followed. "My brother and I are not without resources," she finally countered. "If necessary, we will fight to have some rights in this matter."

It was not an idle threat. Tremaine did have money, and some influence. If he were not careful, Cameron knew things could get very ugly.

"You would never win custody from me in a court of law, nor will I allow you to drag my name into every paper in England."

Her chin lowered. "Though I care little about my own reputation, I would never subject Lily to such scrutiny, such scandal."

Well, at least that was something. "Kindly look at me, Miss Tremaine."

She finally raised her eyes and he saw why she had kept them lowered. Everything she felt was bared for him to see-the pain, the frustration, the longing for what she had lost. The sight of such raw, intense emotion jolted him. When they entered the coach, Cameron had no intention of showing her any mercy, yet his resolve faltered.

His neat, orderly, predictable, comfortable world was coming apart. From the moment Daniel Tremaine walked into White's nothing was as it should be. Life was careening out of control and Cameron realized he was powerless to prevent it.

Rebecca Tremaine’s family told her that her baby was stillborn, and that it was for the best, since her fiancé had tragically died. While going through her recently deceased father’s papers, Rebecca discovers that her daughter lived and was given to Cameron Sinclair, the Earl of Hampton, and his wife. When Rebecca insists on meeting with her daughter, Cameron reluctantly invites her to spend the holidays with his family, never expecting that she could help him forget the loss of his wife. Love, family, and the magic of the holiday season bring two different couples together in Basso’s latest richly emotional and elegantly written Victorian historical romance.—John Charles, Booklist